How safe is air conditioning? 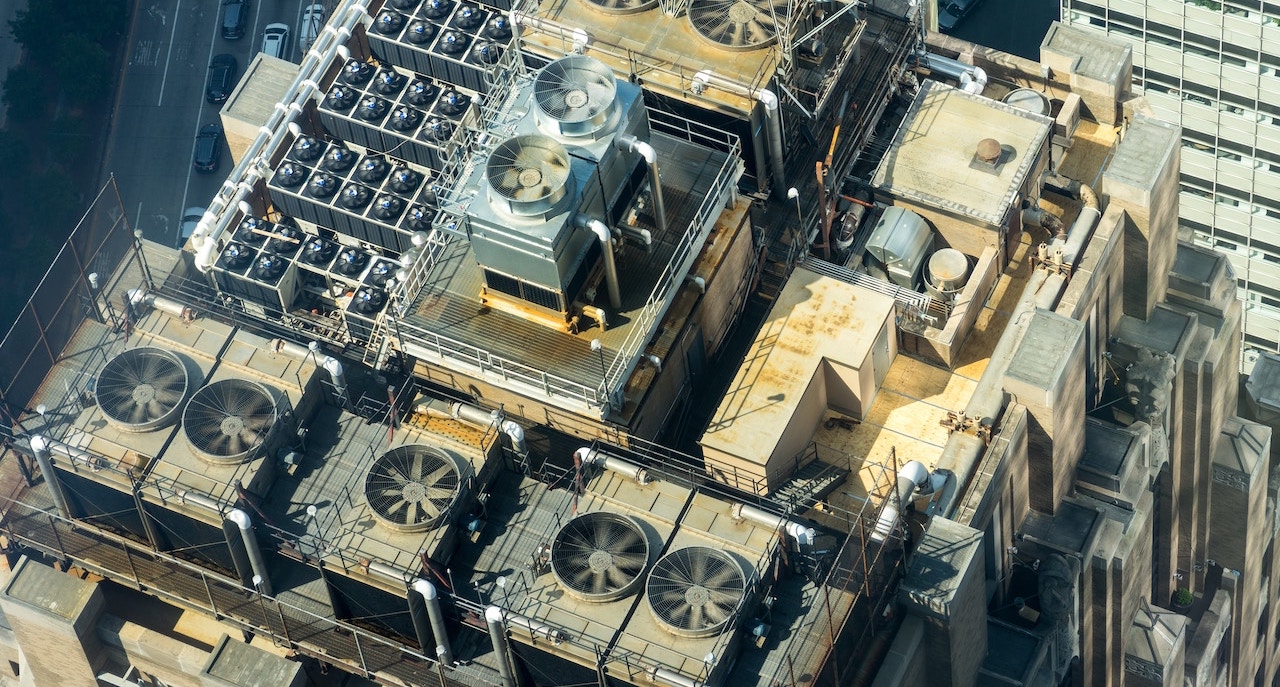 When all this started, I remember being told that Covid-19 could only be transmitted by direct contact with a sufferer, or from a fomite, or from large droplets that a sufferer would emit. There was no need for masks as they were ineffective and as long as I kept my distance all should be OK.

I first had an inkling of suspicion that things may be different when I heard of transmission in a Guangzhou restaurant. All those who caught Covid-19 had been sitting in the path of an air conditioner. It was either blowing very hard, and taking large droplets before it, or fine aerosols might have played a part. The paper itself concluded:

“The airflow direction was consistent with droplet transmission.”

It is known that ventilation systems can spread Legionnaire’s disease, pulmonary aspergillosis and they can also spread toxins, even in public places such as London’s Piccadilly Circus. In 2006, researchers from Germany warned that there was a growing danger of large building terrorism that might use air conditioning systems to transmit toxins. 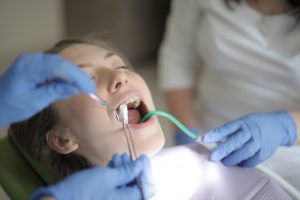 What is a droplet and what is an aerosol? Are the two the same? Not quite. Respiratory droplets are particles that are >5-10µm in diameter. Droplets that are ≤5µm in diameter are called droplet nuclei or aerosols. Airborne transmission is defined as the spread of an infectious agent caused by the dissemination of droplet nuclei (aerosols), often by what are called aerosol generating procedures (AGP). Think of having a tooth drilled. That is an AGP. Examples of established, more familiar diseases that can be transmitted by aerosols are chickenpox, measles and tuberculosis. Meanwhile larger droplets can transmit influenza, meningitis and whooping cough.

For Covid-19, some outbreak reports related to indoor, crowded spaces have suggested the possibility of both aerosol and droplet transmission. Examples have been given of Covid-19 being passed on during choir practice, in restaurants, or in fitness classes. Hence the hesitation by our government to allow these things to restart after lockdown.

Although the disease is generally thought to be most commonly transmitted via large respiratory droplets, so the role of aerosols is becoming more dominant. This makes our understanding of Covid-19, and how you might acquire it, begin to change.

The entire thesis behind a social distance of two metres was that Covid-19 was transmitted by large droplets, and a large droplet did not travel further than two metres. However, at least ten studies have shown that droplets can travel a greater distance and, in some cases, more than eight metres. Add to this the increasing number of studies that support aerosol transmission. Because aerosols comprise smaller particles, so they can stay in the air for longer. One study has stated that SARS-CoV-2 can be detected in the air three hours after aerosolisation. Another study has suggested that live virus can be found in aerosols at…wait for it…16 hours. This is incredible. The rule book of how we can acquire Covid-19 is being rewritten daily.

Enter air conditioning, which is well able to blow droplets and aerosols a very long way, aerosols in particular.In June 2020, the European Centre for Disease Prevention and Control looked at the role of heating, ventilation and air-conditioning (HVAC) systems in the context of Covid-19. They noted there had been numerous Covid-19 transmission events associated with closed spaces but, to date, no recorded cases of the disease being transmitted through fomites. 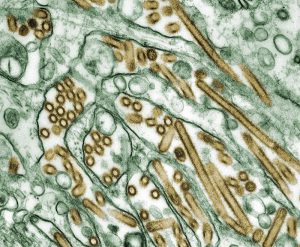 H5N1 influenza A virus – we can learn a lot from its transmission (CDC_courtesy Cynthia Goldsmith, Jacqueline Katz, Sherif Zaki)

It is worth considering influenza A. This is spread between humans through contact, large respiratory droplets and aerosols but the relative importance of these was unclear for some time. However, a study between Hong Kong, Thailand, USA and Japan looked into this in 2013 and established that at least half of the cases were transmitted by aerosol. The authors concluded:

“This implies that measures to reduce transmission by contact or large droplets may not be sufficient to control influenza A virus transmission in households.”

It is clear that our understanding of diseases is changing all the time. Concepts we had some months ago do not necessarily hold water today. The medicine I practise now is totally different to that which I practised a million years ago, when I first qualified. However, based on nothing other than common sense, it is clear is that if a device blows air around an indoor space, that device must be a risk of spreading disease. Enter air-conditioning.

A recent study has concluded that when HVAC systems are not adequately used, they may contribute to viral transmission. There have been descriptions from Japan, Germany, and the Diamond Princess Cruise Ship to support this. Previous SARS outbreaks reported at Hong Kong’s Amoy Gardens, and in emergency rooms and hotels, also suggested airborne transmission was a reality.

Air conditioning is risky because of the way air handlers work. When outdoor temperatures are extreme, HVAC systems adjust the mix of fresh air they pull in to save energy. That means the hotter it is outside, the more indoor air recirculates. When that happens, people breathe in a higher percentage of the same air that other people are exhaling. 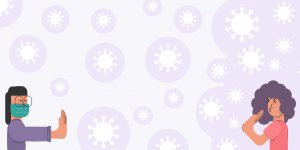 The question is what to do with air conditioning? The Health & Safety Executive (HSE) considers the risk that air conditioning may spread Covid-19 to be extremely low, as long as there is an adequate supply of fresh air and ventilation. Centralised ventilation systems that remove and circulate air to different rooms may be a hazard, so the HSE suggests turning off recirculation and using a fresh air supply. Some say that air conditioning should be turned off altogether. What is evident is that there is more to air circulation in a room than was initially realised and this may be an essential part of our understanding into how Covid-19 is transmitted. Or, for that matter, why one country may be more badly affected than another.

My own thoughts are dead simple. I will opt for the room without air conditioning for the moment, while the boffins sort it out.