How much have I learned? 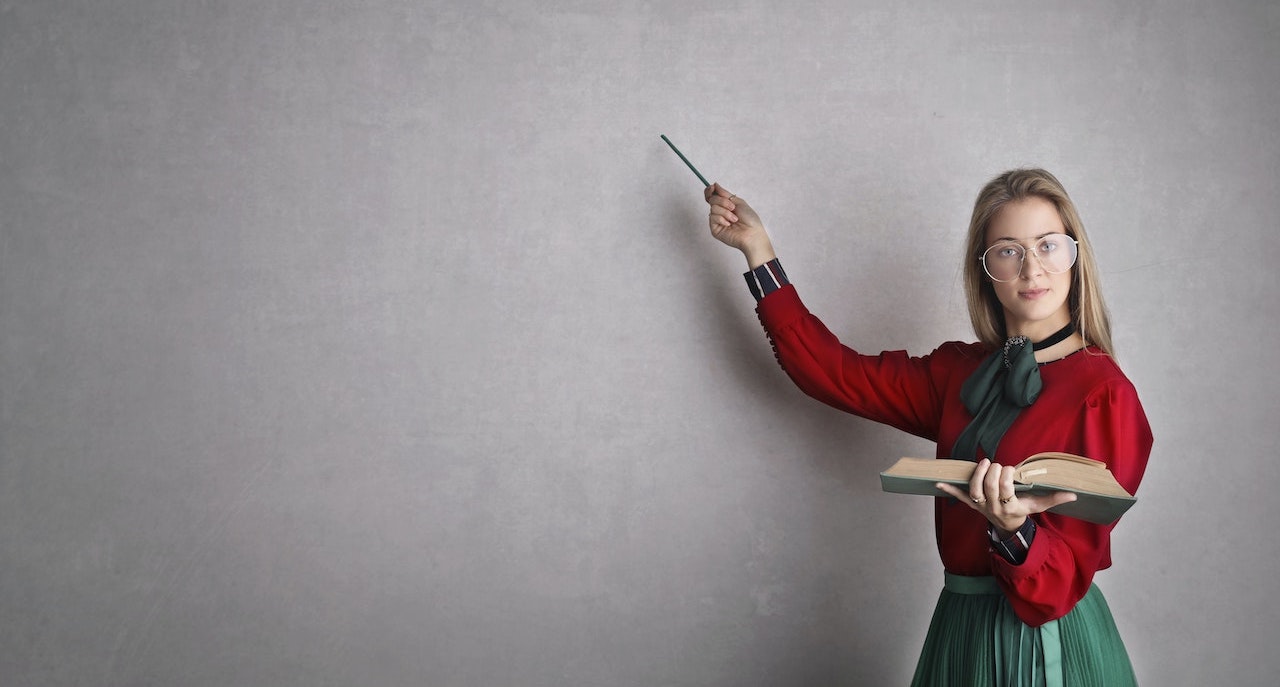 So how much have I learned? (Andrea Piacquadio)

The other day I asked a handful of individuals, all non-medical, about their worries. What troubled them most?

“The late effects,” one replied. “What about those?”

“Which ones?” I queried.

“Fertility,” came the reply. “The first SARS was said to reduce fertility, certainly in men. How about Covid-19?”

I shrugged my shoulders, unable to reply. It is true that the original SARS affected fertility and there is talk about Covid-19 doing the same.

“And neurology,” said another. “How do I know that I am not going to develop some ghastly disease later in my life?”

Again, I shrugged my shoulders. The questioner’s worry may be justified. Barely a week passes without another neurological effect of Covid-19 being declared. How do we know that those who happen to be asymptomatic now, and are feeling thoroughly immortal, will not turn out to be harbouring some neurological ghastly, which will declare itself in 20 years’ time? 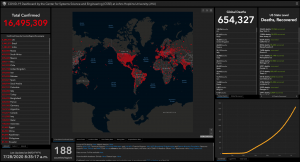 I was interested that no one mentioned pneumonia as a worry.

“The politicians are rubbish,” said another.

“They are busy playing the blame game,” came the reply.

“They have stopped listening to medical advice,” said another.

All I could do was nod. I now see senior medics and scientists holding conferences without politicians being present. There is a little less of the, “We are following scientific advice,” coming from the bigwigs.

As for Public Health England, which has worked hard from the start, casual comments from the politicians suggest to me that it is being set up to fail. There is certainly more to follow.

“How about a vaccine?” said another. Doubts and declarations were now spreading like wildfire.

“More than a hundred at the last count,” observed the questioner. “How will we know if the chosen vaccine is the right one, and if it works?”

“Just like we rely on what we’re told about everything else, I presume?” came the comment, accompanied by an eye roll.

All I could do was nod. It seems that the public are not told everything, an observation that can apply to any country, not just my own. Most governments seem to be painting as optimistic a picture as they dare. Data that were once routinely displayed are no longer available. The bigwigs are trying to appear in control of something that is uncontrollable. 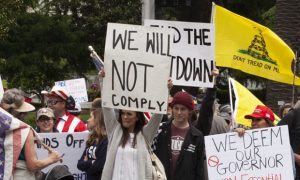 When I look back, and I do a lot of that these days, the World Health Organization has been in the firing line from the beginning. I will wager that even they did not realise what lay ahead when they first declared a Public Health Emergency of International Concern on 30 January 2020. That was done on the basis of 100 cases of Covid-19 that had occurred outside China. As I write today, there are 16.5 million cases worldwide, and those are the ones we know about, or are told about. I wager there will be plenty more. Global numbers are rising at the best part of 300,000 per day. Full marks to the WHO for saying what it did in January, even if the world has at times chosen to ignore it, accused it of complicity, and plenty more besides.

I have learned, too, that pandemic waves are not inevitable, they are caused by society. Keeping populations safe is simple. You just separate people from the disease. It is people who change things. The second waves that I now see taking shape around the world, and they are happening, are caused by people. They either feel they are exempt, or they have decided to ignore the risks because, selfishly, they consider they will not suffer. This approach has driven a small wedge between the generations at the moment, which I pray will shrink and disappear. It appears to be the millennials who are spreading the disease, which then goes to their elders, who are more likely to suffer. At least that is what the millennials think at the moment, but I fear the future may turn out to be different.

People are beginning to travel once again, an act that is assured to spread Covid-19. It escapes me why anyone would wish to sit in an aircraft right now if they did not have to do so. I realise the airlines are rapidly going broke, in itself that is a tragedy. However, I am sure the reason London lit up with Covid-19 so early in the pandemic was because travellers brought it in. Why we would wish to repeat that risk escapes me. Shame on me for saying so when I am also an accredited travel writer. My own decision has been to put away my aircraft hand luggage for the moment and to focus on my own country, until at least the second quarter of 2021. My roll-on bags are currently gathering cobwebs in the attic.

Masks have come and gone, with arguments both in favour and against. On balance, it seems facemasks are worth wearing. However, there are plenty of folk out to make a point. Some are concerned that being obliged to wear a facemask is a restriction of personal liberty. I am not so minded, my real worry being if I can actually keep the thing on my nose. Resistance against facemasks is nothing new. In the 1918 influenza pandemic, the Anti-Mask League of San Francisco was created, even though failure to wear a mask was deemed to be disturbing the peace. The League claimed then that the obligation to cover one’s nose and mouth was contrary to the principles of a free society. For the modern anti-mask lobby, the claim is no different. Despite this, at the moment it seems that most are tolerating the use of facemasks. Plenty are wearing them indoors, a few outdoors. I have no idea what will be happening in the future.

Scientific research into Covid-19 has exploded. It seems that everyone wants to be the first to publish something. When I perform a search of the academic literature for the term “Covid-19” I find 35634 individual publications about it in the past year, and those are the peer-reviewed papers. For the work that has not been peer-reviewed, which I can find on the medRχiv and bioRχiv pre-print servers, there are 7020 articles. A standard internet search using Google currently contains 6,440,000,000 results. There is a mass of information out there, plenty of it untrue, and peer review has partly been side-lined. No wonder the world is worried. Scientific research is being turned upside down as I write. 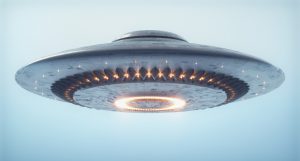 Aliens, they say, have been keeping an eye on Madrid (ktsimage)

I can find support in the literature somewhere for just about anything I might propose. For example, aliens have been seen over Madrid monitoring the situation, the US philanthropist Bill Gates is actually responsible for the pandemic, a future vaccine will contain a microchip that will allow mankind to be controlled, and my favourite, that Russia apparently unleashed 500 lions onto its streets to ensure people stayed indoors during the pandemic. No wonder mankind is terrified when information like this is so easily available. Making sense of what is sensible is becoming an artform and no one is right all the time.

The care homes are a worry. It seems they were ignored in the very early stages of the pandemic and the bigwigs have been playing catch-up since then. Their situation is now better than it was, and many in the UK are without any cases of Covid-19 at all at the moment. That said, cases are creeping back, and I see the beginnings of trouble once more emerging. Most care homes were simply not designed to deal with major infectious diseases, so the country is expecting a lot when it asks a care home to handle something like Covid-19 but without truly focussed support. There is also a huge staffing problem, both in the care homes, and in nursing. The people who really matter are presently in very short supply. This is the forgotten frontline of the pandemic, a description I have borrowed from BBC Panorama that sent cameras into two care homes over several months and put together a documentary of the evidence.

Meanwhile the economy is staggering from crisis to hiccup and it is anyone’s guess where it will end up. The banks are bracing themselves for massive loan defaults and are diverting staff to deal with these issues. It is quite possible that some banks will be operating at a financial loss shortly. Certainly, there will be a huge cut in profits.

The Black, Asian and minority ethnic (BAME) issue is at long last being taken seriously. That is, the increased risks from Covid-19 faced by individuals from this sector of the community. For those of us involved from the start, the risks were very evident months ago, although in the early days I well remember that to even mention what was barn-door obvious was to encourage a racist taunt. That was about as logical as saying that because elderly folk are at risk, to say so was ageist. Neither applies. These are problems that need to be solved and that is an end to it. I quite liked the Civil Service blog that suggested we eliminate the acronym BAME anyway. The author has a point.

The understanding of the mode of transmission of Covid-19 appears also to have steadily changed since outset. Fomites have long been a worry, but in practice, infections linked to a fomite have been few and far between. Long may it stay that way. Originally, Covid-19 was not linked to aerosols, only droplets. Now it appears that both are to blame and that indoors is much worse than outdoors. Hence the recommendation that we should wear masks when indoors and shopping.

In some respects, we are at the start of this drama, even if many are talking as if it is the end. For me, the solution is simple. The abolition of the pandemic is presently not in sight and there is no point in pretending anything different. The ramifications of what is happening will continue for an easy decade. Society is becoming increasingly restless, the superpowers are juggling for position, and this is not going to disappear in a hurry. I would not put it past one superpower to take a pot shot at another, although I suspect this will be by proxy rather than direct.

For the moment I will keep my head down, says I, who has already been hacked twice since the pandemic began. Clearly, I have been upsetting someone. I will trust only part of what I am told and treat everything online with suspicion. That even applies to scientific research. I believe that further waves are a certainty. We are about to see the second and must then prepare for a third. If I was a betting man, I would guess we will be at this until at least the middle of 2021.

The after-effects beyond that will continue for much longer.