Benefits do not outweigh risks 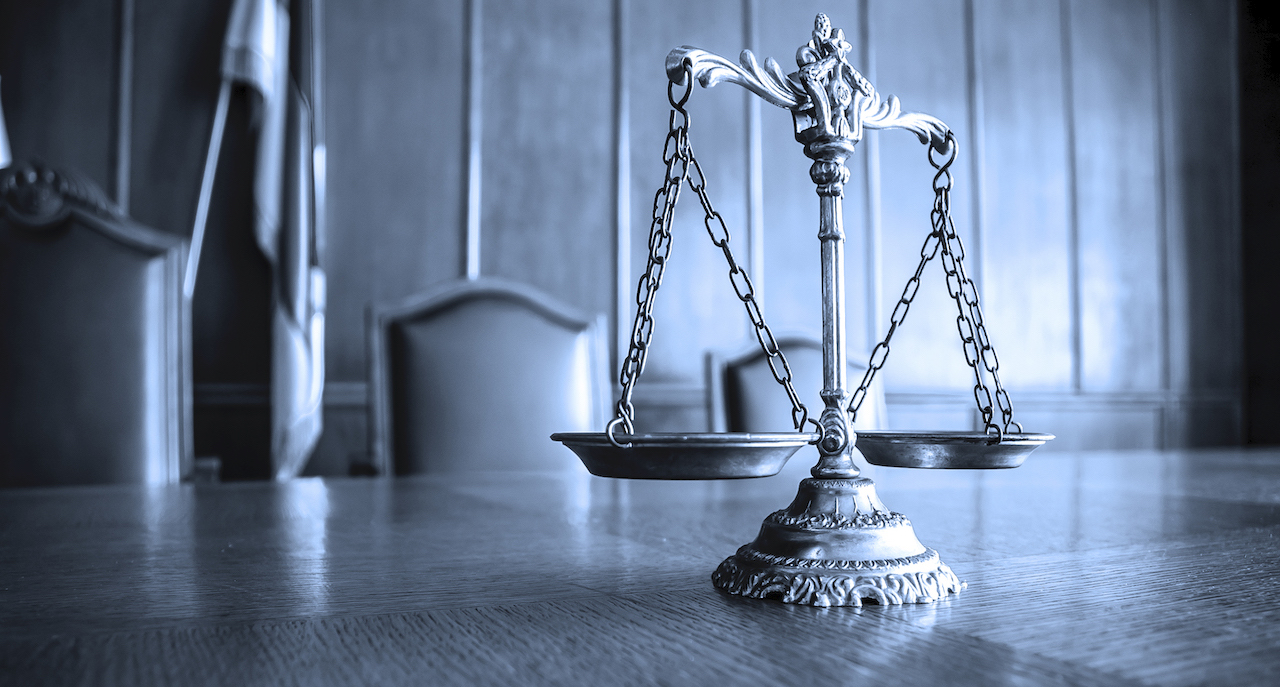 There are times when I read things that horrify me. At other times reading is fun. My horror began in 2005, a long time before Covid-19 had been considered as a possible threat to mankind. It was an article written by an engineering organisation about biosafety laboratories. 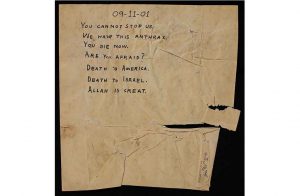 Anthrax was also sent to named individuals on 9/11 (FBI)

I cannot recall why I was reading it. The 9/11 attacks, followed by an anthrax-mailing campaign one week later, had encouraged the US government to invest more in biological research. There was talk of constructing BSL-4 (BioSafety Laboratory-4) research laboratories, establishments that are supposed to be as secure as they get. It was here that I learned that the US National Institutes of Health (NIH) was proud that after 634,500 personnel hours in BSL-3 facilities, the next layer of security down, there had only been 11 staff exposed to three treatable infections. Meanwhile, the 30-year safety record of the US Army’s BSL-4 facility at Fort Detrick in Maryland was regarded as excellent. After 340,000 working hours, only two workers had been exposed, both by accidentally pricking their finger. Neither episode ended with an infection.

What had horrified me was the sense that these results were seen as excellent. The USA was meant to be at the top of its game and yet in a single article, in only two facilities, and only one country, there had been 13 separate events. How many biosafety incidents does it take, I thought, to create a worldwide disaster? 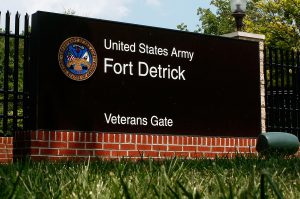 Fast forward to 2019, and no surprise, I suspect, that the Centers for Disease Control (CDC) had suspended high-level research at Fort Detrick, thanks to two breaches in containment earlier in the year. The breaches included, for example, a staff member who had partially entered a room multiple times without respiratory protection while other people in the room were performing procedures with a non-human primate on a necropsy table. There was another worker who had failed to wear gloves while disposing of biohazardous waste, and yet another incident when staff had propped open a door while removing large amounts of biohazardous waste from an adjacent room where the staff did not typically wear respiratory protection.

In 2009 research had also been suspended at Fort Detrick because it was discovered to be storing pathogens that were not listed on its inventory. Go back further still, once again to the anthrax attacks of 2001. Who was the chief suspect? Bruce Ivins, a senior biological weapons researcher at Fort Detrick. He committed suicide in 2008, a short while before the FBI was going to charge him with the attacks, although doubt lingers to this day as to whether or not he was truly guilty. Whatever the verdict might have been, Fort Detrick was where he worked.

The Israel Institute for Biological Research in Ness Ziona also reported more recently (2015) into further biosafety incidents in various locations in the USA. There was the mishandling of Bacillus anthracis spores that potentially exposed dozens of employees to anthrax. There was a shipment of low-pathogenicity influenza virus unknowingly cross-contaminated with a highly pathogenic strain. There was also an inventory lapse of hundreds of samples of biological agents. These included six vials of variola (smallpox) virus that had been kept in a cold storage room for decades, unnoticed. 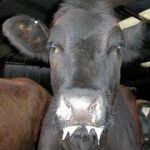 Foot and mouth disease has been caused by laboratory breaches in Pirbright, Surrey

As far as my own country is concerned, UK, we cannot be proud. In 2014, The Guardian newspaper reported that the nine UK sites housing high-security laboratories had owned up to more than 100 accidents or near misses to safety regulators in the previous five years. These had included sending out live anthrax, believing it to be inactivated, to another laboratory incorrectly. Or worse, over a two-year period, 3700 samples of live Mycobacterium bovis, the organism that causes tuberculosis in cattle, were sent between two laboratories without the managers knowing the organisms were still viable. They should have been inactivated. Staff raised concerns, management did not respond, and one person later tested positive for the infection.

One high-security laboratory in Pirbright, Surrey, has been the origin of at least two foot-and-mouth outbreaks, one in 1967, another in 2007. The latter case was traced to a leak from Pirbright’s drains. There have been well over 100 safety breaches at UK biological research laboratories in recent times.

With track records such as this, in countries one would expect to do better, it must surely be more than possible that the origin of Covid-19 came from a laboratory leak? There is a BSL-4 laboratory in Wuhan itself, the Wuhan Institute of Virology, 14 kilometres from the seafood market. However, there is another, too, a branch office of the Wuhan CDC (Center for Disease Control and Prevention), located 280 metres from the market. Of the early cases of Covid-19 reported by the Chinese, 13 of the initial 41 had no exposure to the market, including the first case, patient zero. In 2018, US officials raised their concerns about safety issues at the Wuhan Institute of Virology and warned that sloppy safety protocols for handling contagious viruses in the laboratory “represented a risk of a new SARS-like pandemic.”

In 2004 the WHO confirmed that breaches of safety procedures on at least two occasions at one of Beijing’s top virology laboratories were the probable cause of the outbreak of SARS earlier that year, which infected nine people, one of whom died. It was the third outbreak to have been traced to a laboratory. Small outbreaks had occurred in Taiwan and Singapore in 2003. The WHO’s conclusion then had been telling. It declared, in 2004: 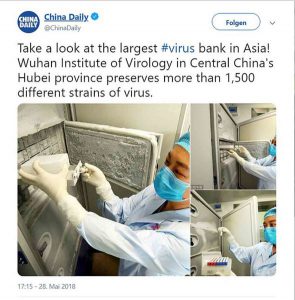 I would not trust fish fingers in that fridge, let alone a virus (Twitter)

“We don’t know when the next global pandemic will happen, and this incident with SARS in China has raised the issue of how we look at the potential threat of respiratory disease.”

I am no virologist, but the Tweeted images in the China Daily from Wuhan, in May 2018, did not fill me with confidence. They were more recently deleted by an unseen hand, although I do have copies, and show them here. When I look at the images, I see the iced-up seal on the cabinet, which must allow the refrigerator to leak. I see the surgical mask on the staff member, rather than, at least, a full body suit with N95 respirator. No wonder some mystery person took them down.

Well before the current catastrophe, governments and scientists had modelled the likelihood of a pandemic starting off from an error in a biological research laboratory. The odds seemed quite high. Human error is the main cause of exposure of laboratory workers to pathogens. These errors are sufficiently common to even merit a classification. Errors can be skill-based, rule-based, and knowledge-based. The Federal Select Agent Program (FSAP) collected its incident data for the period 2009-2015. There were an almost unbelievable 749 incident reports during this period, 79.3% of which were thanks to human error.

In 2014, research was published from the Center for Arms Control and Non-Proliferation in the USA. The probability was calculated as being as high as 27% that a pandemic with over 100 million fatalities could be seeded from an undetected laboratory-acquired infection at some point in a ten-year period. All it would take was a single, contaminated laboratory worker spreading the infection as he moved about in a community.

Armed with this knowledge, the question is very simple. Do the benefits of this research outweigh the risks taken? I am not so sure they do.