The report without a solution 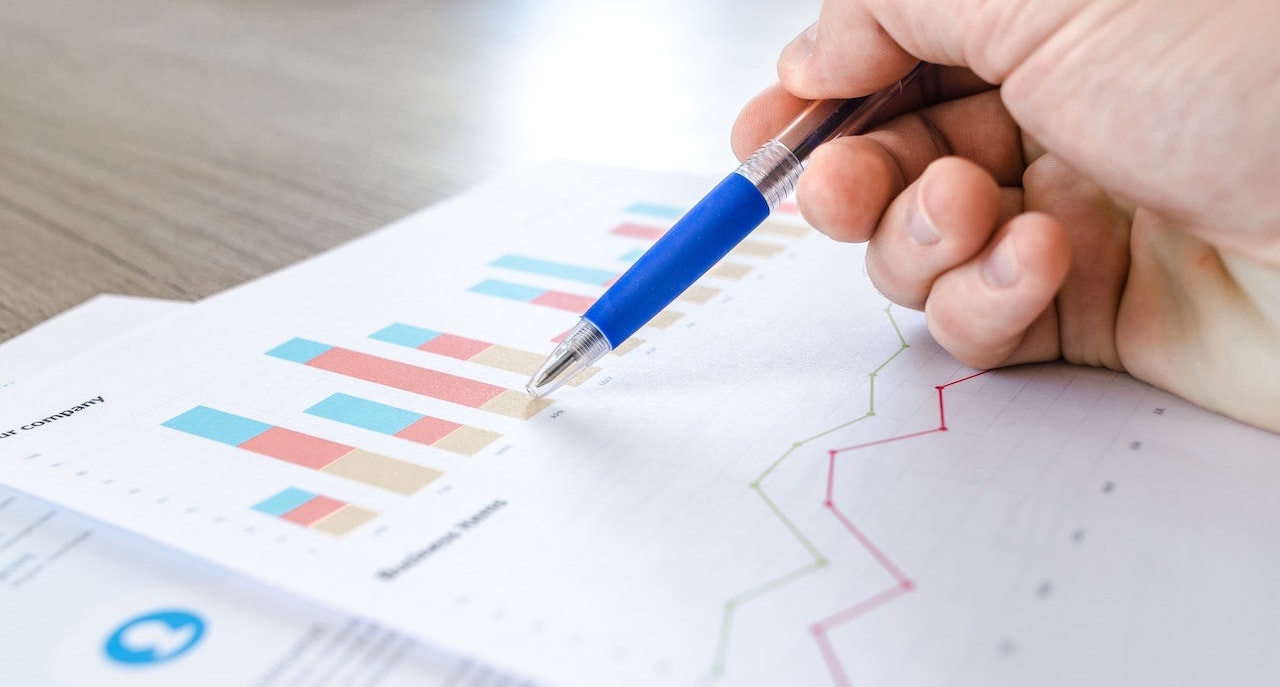 Data must always be accurate

I came across an interesting report today, with results that I had long anticipated. In fact, the whole country has been waiting to learn of its findings. Its title was “Disparities in the risk and outcomes of COVID-19” and was produced by Public Health England (PHE). My special concern was for the BAME (Black, Asian and Minority Ethnic) community, as that has taken it hard over the past few months and no one seems able to explain why. PHE does not make it easy, as the report covers 89 pages, but the basic messages are clear.

Top of the list was age. People like me have a problem. Anyone aged 80 years is 70 times more likely to die from Covid-19 than someone under the age of 40. Men fare worse than ladies and the more deprived your area, the less likely it is that you will make it through. BAME groups do worse than White, which surprised the report writers. Normally, mortality is higher in White ethnic groups, so for some reason this virus is targeting BAME. It seems that Bangladeshi ethnicity has nearly twice the risk of death as those of White British origin. Chinese, Indian, Pakistani, Other Asian Caribbean and Other Black ethnicity had a 10-50% higher risk of death when compared with White British.

Meanwhile, those in a range of caring professions have drawn the short straw – drivers, security guards and workers in care homes are particularly disadvantaged. Geography was also significant. At the time the report was written, London was not a good place to be, followed by the North-West. I have been in both. The best region was the South-West of England. No wonder my buddies in Devon and Cornwall are smiling.

According to the report, by 8 May 2020, 27% of the deaths from Covid-19 had occurred in care homes. This was 2.3 times the number expected when compared with previous years. The report does also say that there could be an under-reporting of deaths in this sector, which I suspect is fairly likely.

My conclusions? This is a much-awaited report, which did not say anything new. The country was expecting far more than it could deliver. There are scientific holes in the thing, through which I could drive a truck, although the report does acknowledge its failings. For example, most of the cases used to compile the thing were either hospitalised patients, who one might expect to have more severe disease, or NHS key workers. The report may thus not reflect the general population at all. The numbers of cases and diagnosis rates are also likely to have been affected by the testing policy of a given area at the time. Obtaining a test for Covid-19 is not equally simple, or in reality equally difficult, in London, Liverpool or Ludlow. Travel history was also important, as different ethnic groups might have variable travel histories, making some groups more likely to be tested than others. The report has other issues, too.

Eighty-nine pages later, when I reached the end of the report, had nodded off twice, and was wishing that the seven cups of coffee I had drunk had been beer, I was still left with the mystery of BAME. There appeared to be little attempt to explain the finding that BAME individuals fared worse. To me, BAME morbidity and care homes are the most critical issues of this pandemic. The report was as it said on the box – a report rather than a solution. 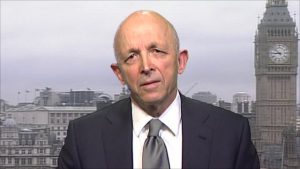 Sir David Norgrove, once the Whiner of the Day, does have a point (SmithsDaily.com)

Data capture appears to have been an issue throughout this pandemic to date. Sir David Norgrove, the Chairman of the UK Statistics Authority, has written to the Health Secretary to say that the presentation of figures appears to be aimed at showing, “the largest possible number of tests, even at the expense of understanding.” For example, the headline total of tests presented by the government each evening, is the addition of the number of tests carried out with the number of tests posted out. There are no data on how many of the tests posted out are actually completed.

The government has now created what it is calling “Test and Trace”, one of its cornerstones of lifting lockdown. Sir David Norgrove is wary of how this is to be reported and says:

“…it is important that a statement of the key metrics to measure its (viz. Test and Trace) success should be developed systematically, and published, to avoid the situation that has arisen in relation to the testing programme…and readily understood by the public…”

This is academic speak, which means that for earlier data, the public cannot always trust what it is being told. Now there is a surprise. Mind you, Norgrove was once awarded the dubious title of Whiner of the Day by Smiths Daily when, in September 2017, he wrote to Boris Johnson to say that the figure of £350 million per week that would be available when the UK left the European Union, was a confusing overestimate.

These days I find myself a fair amount in and around the town of Windermere, in the North-West of England. For a town that is meant to be doing so badly thanks to Covid-19, its handling of social distancing is exemplary. In the Lake District, which is where Windermere is to be found, social distancing feels to be two kilometres, not a paltry two metres. There is no chance of a local brushing by. They will veer right across to the other side of the street when they see you, with an exaggerated antisocial lurch. I thought I was a distancing obsessive, being a surgeon, but I have been outclassed. Windermere’s residents show perfect Covid-19 behaviour.

Which is more than I can say for the Lake District’s visitors, who seem happy to walk shoulder to shoulder through a town that does not belong to them. They leave litter, they shout and swear, as they bring the habits of their various cities to the peace-loving countryside. To see such conduct has troubled me, because I cannot fault the behaviour of Windermere’s residents. How is it that Cumbria has one of the highest infection rates in the country, when its people are so disciplined and orderly? My guess is, it is the travel, and the same reason that London was hit so badly in the pandemic’s earlier days. The moment people move to alternative locations, they take their diseases and bad habits with them. Each evening, because local hotels are closed, the visitors depart, unaware that they have left behind contamination that will take the Lake District ages to abolish.

The global travel industry is trying very hard to get back on its feet, although no one can predict the future. I attended a meeting with the German National Tourist Office today, which means I sat in front of my computer screen looking at images of places that I may never see. Germany is a truly magnificent land to visit and contains just about any activity I might seek. The travel media are pushing outdoor activities very hard at the moment, on the (perfectly correct) basis that few of us will relish the opportunity to spend yet more time indoors, as and when this lockdown is over. As I listened to the travel gurus speak, I was worried to see that none of them mentioned a second pandemic wave. Second waves have simply been the way of life for pandemics throughout history and I see nothing different about this one. Perhaps some find it psychologically easier to bury their head in the sand and pretend that today’s declining disease numbers mean the virus has gone away. Believe me, it is foolish to be unprepared for when the virus has its second shot. 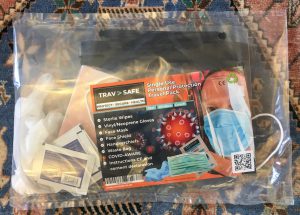 The TravSafe PPE kit – at least someone is thinking

Not everyone is behaving like an ostrich. I did come across a brilliant idea today, which is designed to help the safe traveller. An outfit called TravSafe sent me its “Single Use Personal Protection Travel Pack”. This is a collection of protective items that a voyager can use in a taxi, minibus, coach, airplane, cruise, train, or anywhere else for that matter. TravSafe has worked out that Covid-19 will be with us for a fair while, so travel will be a matter of enjoying the moment, while distrusting strangers around you. The protection pack offers sterile wipes, vinyl gloves, face mask, face shield, tissues, and waste bag. For a surgeon, one exciting discovery was that the vinyl gloves actually fitted. Ask any surgeon, in any land, and they will tell you stories of trying to find gloves to fit when in the middle of an operation. Gloves are invariably too tight, yet somehow TravSafe has solved it.

What more does a modern-day traveller need?