The furlough scheme is hardening (stuartmiles99)

How times change. A few weeks ago, it was touch and go. Now, if public behaviour is to be believed, the UK’s troubles are almost over. Around the world there are public demonstrations declaring, “Black Lives Matter,” in the wake of the somewhat dubious killing of a Minneapolis criminal by a white policeman. Many thousands of demonstrators have made their feelings known in many hundreds of locations worldwide, and plenty in this country. Most have paid scant attention to social distancing. Social unrest is clear for all to see and I now understand how second waves occur. The UK is feeling much better about itself at the moment than it was a short time ago. Many wish to return to normal. 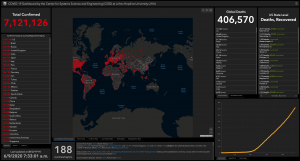 At the same time, the WHO has just announced, with a global caseload now passing 7 million, that the pandemic appears to be worsening. Three-quarters of the new cases are coming from just 10 countries. The UK is sitting at number 4, with the USA, Brazil and Russia ahead of us. One look at the Johns Hopkins University chart is enough to show how fast this pandemic is accelerating. There is no sign of the disease reaching its global peak. The UK just happens to have been in at the start but there are plenty of others to follow. This pandemic still has a long way to run.

The media is trying hard to get the government to commit itself to dates. Can you tell us when restaurants will open? Can you say when it will be possible to go to a pub? The bigwigs are being canny and not promising anything to anyone. Rightly, I think, the government is saying that it needs its self-imposed tests to be passed before it will consider further steps. It is becoming expert at making announcements without consulting professional bodies. We then hear from the professional bodies a short while later, complaining they were never consulted and advising that the government has got it wrong. The news journalists are also becoming frustrated, which I confess does not upset me.

The changes ahead are a challenge to the public and certainly for the economy. For many, the lockdown period, supported financially by the government, has been a chance to catch up and finish those tasks that have lain undone for several years. When lockdown began, a furlough scheme was introduced, where the government offered to pay 80% of a worker’s salary up to a maximum of £2500/month, plus National Insurance and pension contributions. From 1 August, employers would have to pay National Insurance and pension contributions, and by 1 September the government would reduce its contribution to 70%, up to a lower maximum. By 1 October this would reduce still further to 60%, plus down went the maximum, and the scheme would close completely at the end of that month. This places a gradually increasing pressure on businesses to decide if they are viable. The first pressure point is tomorrow, 10 June, which is the final date that a worker can be furloughed. No applications will be allowed after that. 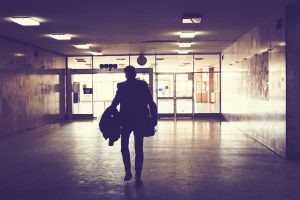 It is time to return to work (LumineImages)

As the furlough scheme steadily hardens and begins to cost companies more, so many workers are seeking reasons why they should not return to their various offices. After all, what is the purpose of returning to work if the government will pay for you to stay at home and catch up on all those jobs? It has disappointed me during this pandemic to find that there are some who choose to extract from the system what they can, while not contributing much in return. There was the recipient of a food parcel that I once delivered, yet who lived only a stone’s throw from the supermarket that had donated the food. She could easily have afforded to buy what she needed. What is more, she had two family members with her who could have helped. Meanwhile, there are those who have chosen to break lockdown, ignore social distancing, and head for the south coast beaches. Squashed shoulder to shoulder with others on the sand, they then refuse to send their children to school because they consider school to be dangerous. Today, I heard of a worker who had been feigning a lung problem throughout lockdown and was drawing sick pay from their employer. When the GP decided enough was enough and refused to sanction any more sick leave, the worker decided they were unable to wear the required work clothes, for fear of reacting to them. The employer has stood their ground – well done – and the worker will either need to appear for work, or produce a sick chit, or unemployment awaits. I was not surprised to hear this claim being made so near to 10 June, the last day for new furlough applications.

These are small examples of a gradual rot appearing in our society. It is no wonder that in earlier pandemics, the disease was the spark that led to quite often major political change. There was the Plague of Athens (430-426 BC), which broke out at the onset of Athens’ 27-year conflict with Sparta. This ultimately brought an end to Athenian cultural, political and economic supremacy. Then came the Plague of Galen (165-180 AD) that eventually cost the lives of five million Romans. There was an eventual socio-political decline that led to the collapse of the Western Empire. Or, the Plague of Justinian (541-543 AD), which killed 30 million people, so that Byzantium ran out of soldiers to protect its borders. The empire was soon over-run. 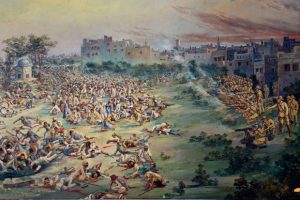 Fast forward to the 1918, so-called Spanish influenza pandemic, when a major German offensive that was intended to crush France and Britain before the Americans arrived, failed as so many soldiers had fallen ill. Even Mahatma Gandhi caught the disease. It is said that he was so weakened by it that after recovery he was too weak to properly respond to a British bill continuing martial law in India after the end of the Great War. This was the bill that led to the Amritsar massacre in April 1919, a slaughter that marked the beginning of the end for the British Raj. Pandemics do change history.

As the pandemic progresses in UK, there is no doubt that politicians, media pundits and many others have seized the opportunity to exploit the disease for political gain. Authoritarian governments around the world have used the pandemic as a cover for initiating tighter control over the news media and civil liberties. No wonder society is becoming unsettled.

When all is complete, if that ever comes about, it is certain that globalisation will be strongly criticised. Nation states seem to be the most effective entities for dealing with the virus plague. And then there is the rivalry between China and the USA. This will unquestionably increase, which may also be the saving grace for globalisation. In order to win dominance in a globalised world, the most important weapon for a nation is the number and strengths of its allies. The USA has become more USA-centric in recent times and China has been spreading its wings. My guess? Globalisation will continue, despite society’s current objections, save that it will be more dominated by China than the USA.

Now there’s a plot for a fiction book, my fellow writers who may be reading this. China did this intentionally, as a means of weakening the USA. This pandemic is the beginning of a new world order, just like the many pandemics throughout history.